On July 13th I published “On Sabbaticals, Goals, the Future, and Finding Happiness” in a publication on Medium.

For those that don’t know what Medium is—it’s a blogging platform founded by Twitter’s former CEO Evan Williams that gets more than 60 million monthly readers. Even if you’re not a Medium user you’ve probably read dozens of articles the platform without ever realizing it.

For those who aren’t familiar with Medium’s stats, here’s how to interpret those three numbers:

So basically 75 people, about 43% of the people who saw it, read the post and of those about one in ten liked it enough to recommend it to others.

This was a somewhat disappointing release for me, though not necessarily atypical. Ever since I’ve started using it, Medium has been a confusing place to me. Sometimes I write things that seem to get views and comments quite quickly, while other times I write things I think are of comparable quality and they barely get noticed.

I’ve always heard that it’s quite hard to predict what will or will not be popular / go viral on the Internet, and so I mostly just chalked this phenomenon up to that.

I figured I just had no idea what people liked.

Then something funny happened with that blog post. Two weeks after I published it, I went out on an all-day hike in the White Mountains with a couple friends. We soaked in some great vistas and I staged some reflective poses of myself staring out into the hills to incorporate into future blog posts.

When I eventually got back into cell service my phone started buzzing with notifications. All of the sudden people were commenting on and tweeting my story. What the heck was going on?

Here’s what the stats for that story look like as I write this. You can see that flat line of basically no engagement leading up to a huge spike out of nowhere. The net result of that spike was about 30x more engagement than my post had upon initial launch.

Where did all of these people come from?

On a whim/guess, I opened medium.com in an incognito browser, and—lo and behold—my story was sitting right there on the homepage. 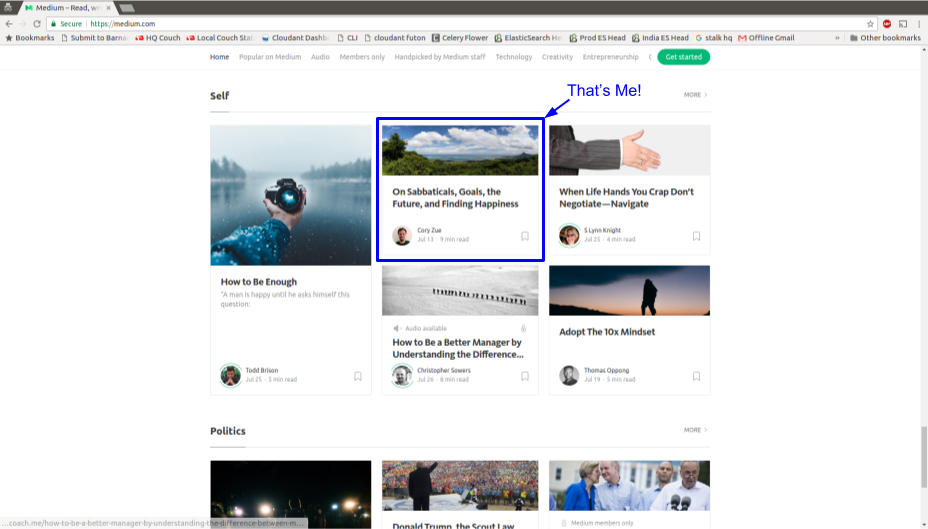 Of I course took a screenshot. Wouldn’t you?

So what happened? Someone—presumably someone who works for Medium— found my article and thought it was good enough to put on the front page. And that was all it took for my post to get noticed by thirty times more people.

So what can be learned from this example?

The main takeaway is to realize how important distribution is.

In the space between my article doing almost nothing at all and getting—okay let’s not kid ourselves—a moderate amount of attention/interest, the only thing that changed is that it happened to appear in a new distribution channel. From there it suddenly reached a whole bunch more people, many of whom liked it, and started making the rounds of (extremely modest) virality.

Thinking about this phenomenon made me wonder about some of my other articles.

Historically, I’ve published most of my writing on a publication called Hacker Noon, and have seen hugely varying levels of engagement there too.

One of my early stories about testing an MVP of my printable place card maker started getting a bunch of engagement, much faster than any of my other stories. I remember opening up hackernoon.com and seeing my story right on the top of the front page (I don’t think I managed to screenshot that one).

At the time, I naively thought that my story was doing so well that someone decided to stick it on the top of the front page.

What I realized much later was that it likely did so well because someone decided to stick it on top of the front page. A good reminder that, as always, correlation does not always equal causation.

At first, when I pieced all of this together I got a little depressed.

It seemed like I had no control over how successful anything I put on Medium would be. Instead I was entirely at the mercy of a few gatekeepers I’ve never met who arbitrarily got to decide where to place my content within their distribution channels.

Why even bother producing good content, then, if I had no control over it?

Of course, after I thought about it a bit more I realized quickly that:

If anything, now is the most democratic period of all time to be producing and distributing content, and our content silos—while still existent—are more fluid and democratized than ever.

When you really think about it, the fact that I can just put some writing up on a website and reach thousands of people is kind of magical.

The Secret Formula for Getting Traction from Writing

Ok, so now, finally, armed with this knowledge, I can present to you the secret formula for getting something out into the world I promised in the clickbait title.

Unfortunately, both of these things are substantially easier said than done.

When I first drafted this piece I left this section out and just said “you’re on your own here”.

I mostly still believe that to be true—I still find it wonderfully surprising when anyone enjoys anything I write and have no idea what properties of the writing make that the case.

But in the interest of completeness I’ll just mention two quick observations from my own writing.

For the most part, the things I’ve written that have resonated the most with people all had one thing in common: I wanted to write about them. When I’ve tried to write about something I thought people would want to hear about instead of writing for myself it’s been significantly less successful.

Relatedly, my most popular writing is usually the easiest to write. I’ve found it’s a good sign when I’m able to sit down for two hours and compose a complete piece. It also means I spend less time fussing over edits and wording, and I believe the piece comes across more authentic because of it. These have also been the pieces that have become the most popular.

2. Write when you learn something

This was something I picked up from Nathan Barry, who’s three mantras: teach everything you know, create every day, and work in public, guided a lot of my initial efforts to get traction. 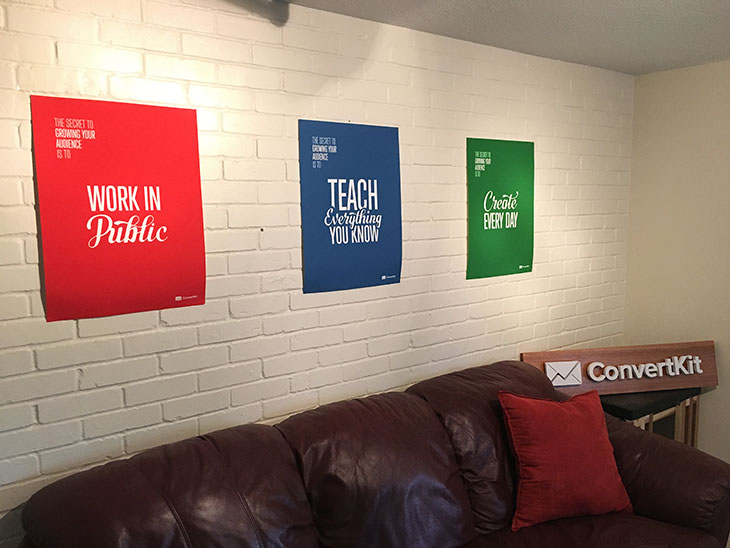 Writing about learning is great for several reasons:

Nathan has written much more (and, frankly, much better) on this topic.

Alright, now that you’ve got your quality content in hand it’s time to get it out into the world!

Again, here are a few tips that I’ve observed in my own experiences that might help.

If your writing is specific to a small topic then a great strategy is to find the place where people that care about that topic hang out and promote it there. If you do this it’s far more likely to do well.

As one example, my article about making a wedding website was #1 on the /r/django subreddit (the web framework that I used to make the site).

Can you guess when that happened?

Similarly a piece on earning my first SaaS dollar did extremely well on Indie Hackers, a website devoted to launching bootstrapped software businesses, because it was the perfect type of content for that audience. In contrast, when I cross-published the same piece on Medium it did very little.

The Indie Hackers example also benefited from this second principle: being able to leverage the audience of someone else. Indie Hackers has a huge email list that they send their best content to every few days. By publishing there I was able to piggyback on their existing audience and get way more reach than my own rinky-dink blog and medium following has.

I'm on @IndieHackers! "What actually goes into making your first dollar from a SaaS project" https://t.co/6UYcBKXNMz thanks @csallen

When the founder of Indie Hackers retweeted me I got way more interest than normal (I suck at Twitter).

Medium publications are amazing for this. By submitting an article to a publication you get the benefit of their existing audience being much more likely to see your content. In fact, I believe submitting regularly to the right publications is the single best way to start building your own audience on Medium.

Alternatively, you can try your hand at submitting to “real” publications like newspapers and journals. Admittedly I haven’t gone that route yet—mostly because I’m lazy and bad at networking—but I imagine it could be very high ROI if you had the patience and stomach for it.

Unfortunately, the best way to get traction is also the hardest and almost impossible to control, and that’s to get lucky. Like these guys: 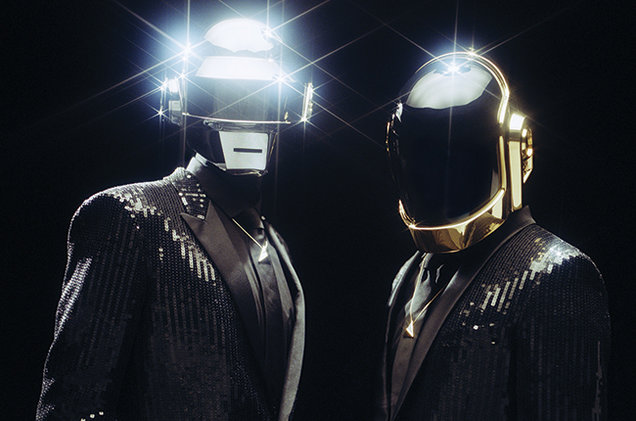 We’re up all night for more traction

For my “On Sabbaticals” story, I have no idea who decided to put it on Medium’s front page or how they made that decision. I got lucky, plain and simple. It’s not something I’ll be able to reproduce and it’s not something I can tell you how to achieve.

The best advice I can give, however, is to increase your luck surface area. What that means is to put yourself in a position to get lucky as frequently as possible and then the laws of probability eventually work in your favor.

The way to do this is all the stuff you’ll hear that, unfortunately, isn’t easy and doesn’t have many shortcuts. Stuff like: create good content, publish regularly, and promote on as many channels as you can.

Don’t be surprised if it takes a lot of work and time.

The harder I work, the luckier I get. Samuel Goldwyn

As always, if you made it this far, thanks so much for reading. Hopefully you learned something about getting your writing out into the world or, at a minimum, aren’t any dumber for having read this.

P.S. whoever publishes this, wanna do me a favor and put this article on the front page? I swear it will be among the most popular things I’ve written. In fact, I can almost guarantee it.