I was kind of all over the place this week.

I think it’s a product of two things:

Still, it was a good week of learning, including getting a better understanding of the internet advertising landscape, starting to figure out the logistics of registering a business (so I can actually charge people), the differences between LLC’s and C-Corps, and taking my first foray into the world of video creation/editing/publishing. 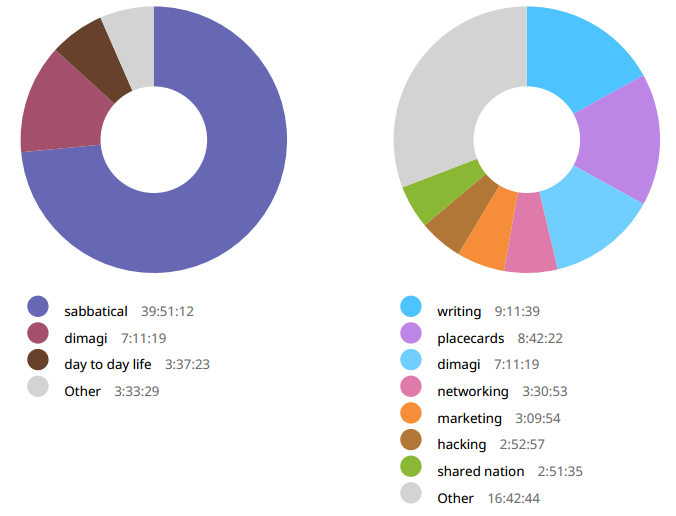 I’m pretty disappointed with my output from nine hours on writing. I just couldn’t quite figure out how to frame idea validation in a way that I felt was succinct and engaging. I probably should have just shipped something and moved on instead of trying to split it apart and make it more interesting.

It’s also a lot of Dimagi time, though a lot of that was just catching up with colleagues and a lot of it was learning video recording and editing software for the first time. There was also a small amount of paid work I was doing (first dollars earned during sabbatical).

I celebrated by doing a moonrise hike up Lion’s head and caught some stunning views of the city. My Pixel actually did better than I expected capturing the scene: