Only an idiot developer would use a name from a fantasy series for a wedding product, says my mean alter-ego

I finally got the MVP out. It’s got a few bugs and some of the styles are broken on mobile. But that’s why it’s an MVP. Feels good to have shipped something that (mostly) works. 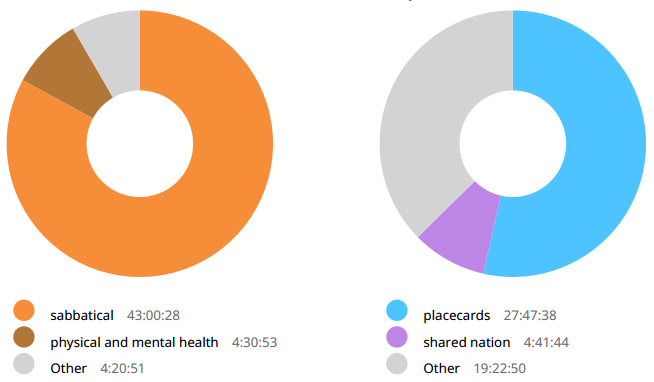 27 hours on placecards, about 20 of which was on the MVP. In total I’ve now spent almost two full work-weeks (74 hours) on placecards, and the MVP has been about half that, or about twice what I originally estimated in the pitch post.

Here’s the complete breakdown of my time on placecards so far: 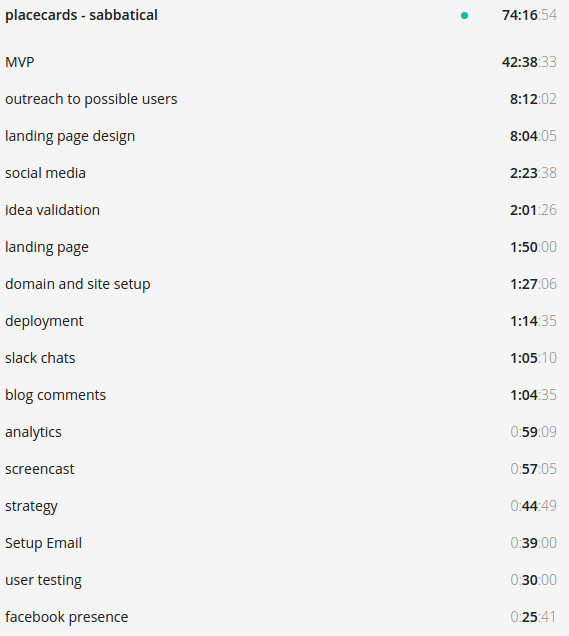 Looking at this zoomed out view it’s really apparent how much I’ve erred on the side of building rather than validating and talking to people, a classic dev-as-entrepreneur trap that I knew about going in and still managed to fall into. Those 8 hours of outreach probably felt as long as the 40 hours of building which is probably why I didn’t spend more time on it.

Another week, another cave. This one is Tartarus, also in the mountains around Muizenburg and Kalk bay. Another great hike that makes a great and manageable extension to the Boomslang Cave route.

As you can see in the video above, it’s literally just a big hole on the side of the trail that opens up into a massive cavern.

We wandered in pretty deep until we got to a long narrow crevasse with a 3 meter drop that we agreed we could probably get down and back up… but didn’t really want to.