I’ve been idly thinking about how to continue to make this retro process more valuable to myself for a while now. Now that’s a New Year, it feels like a good time to try some changes.

Still, I like the process of reviewing my time weekly, and tracking progress towards goals.

So I’m going to make the following changes this month and see how it goes:

Let’s see how it goes.

There is a bug in my dashboard that is showing January on the left. Stupid years.

I think January will be a very important and telling month for the predicted future revenue of Place Card Me. Now that the holidays are over I expect the overall volume of traffic and sales to drop, but I don’t know how significant that drop will be. This will be the month where I find out if $500 / month is readily achievable or wildly unrealistic!

This is the last two weeks of time. 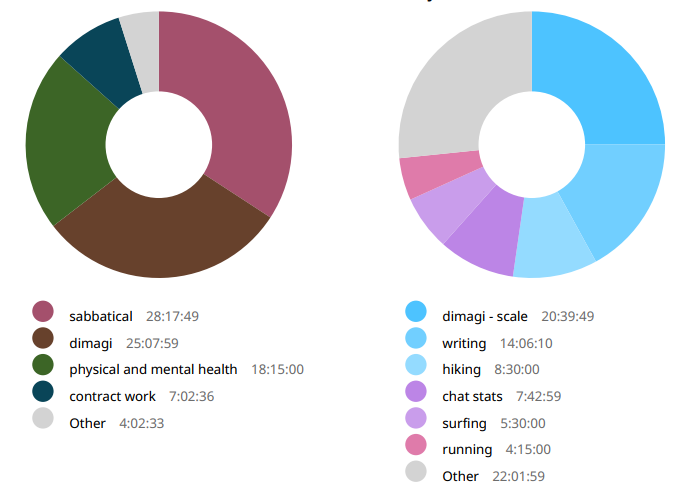 Was an outdoors-heavy couple weeks with multiple long hikes and surfs. The main focus of the past two weeks was writing my 2017 year-in-review, which was fun and rewarding but took a looooong time.

Final goals of 2017! As mentioned at the top I’m focusing just on self-driven stuff.

As I mentioned at the top, I’m going to try and set monthly goals instead of weekly and see how that goes.

That said, I haven’t quite figured those goals out yet this week, so I’ll report back on this next week. My main goal for the week is to finalize goals for 2018 in general, and then January. I’ll probably try to write them up in a short standalone post.

We did an awesome hike up Table Mountain called Constantia Corner that was right next to a route I’d been up and down several times before. I had no idea this other route was there.

Also surfed a bunch and celebrated New Year’s with some friends. Overall it was a great staycation!