Wow, weeks go by so quickly. Hard to believe I’m coming up on the end of my first month already.

Comments on the above grades 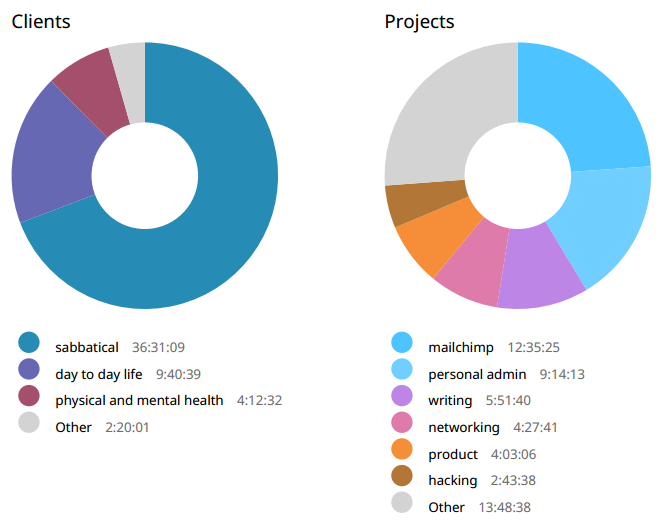 Once again, I’m happy with the high-level time breakdown on the left side, landing sabbatical time right in the sweet spot of 35-40 hours.

On the fine-grained breakdown I think there’s some room for improvement, but it’s also pretty good. I spent the most time on mailchimp—the lion’s share of which was on solid long-term technical things like learning flask and how to deploy it, trying a new CSS framework, figuring out how to setup SSL with let’s encrypt, and upgrading the OS on my linode.

Almost six hours of writing still seems like a lot—and most of that time was spent editing and publishing things that were already written. One thing I think might help get that number down is if I lower my quality standards and try to ship writing ~as soon as it’s drafted. I might experiment with that moving forwards.

I’m still disappointed with the “product” bucket being as low as it is and will really hope to improve that next week.

We hung out with penguins! 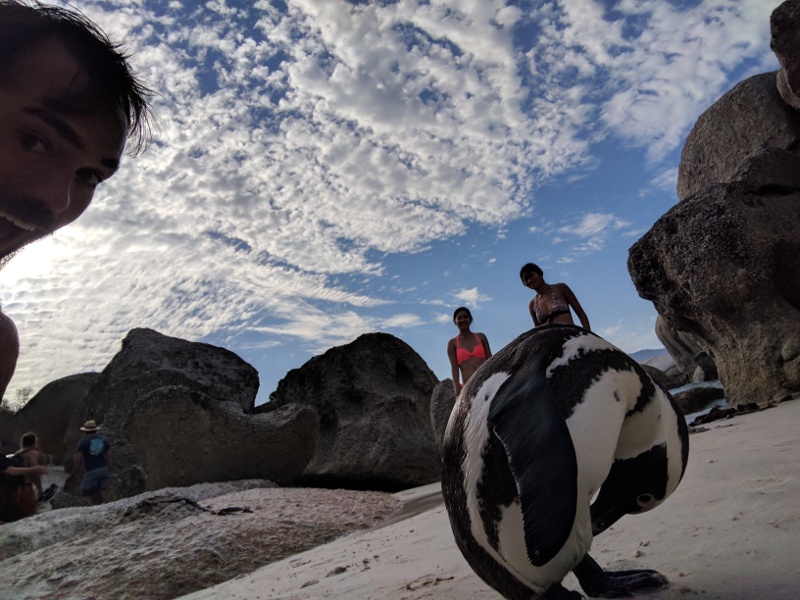 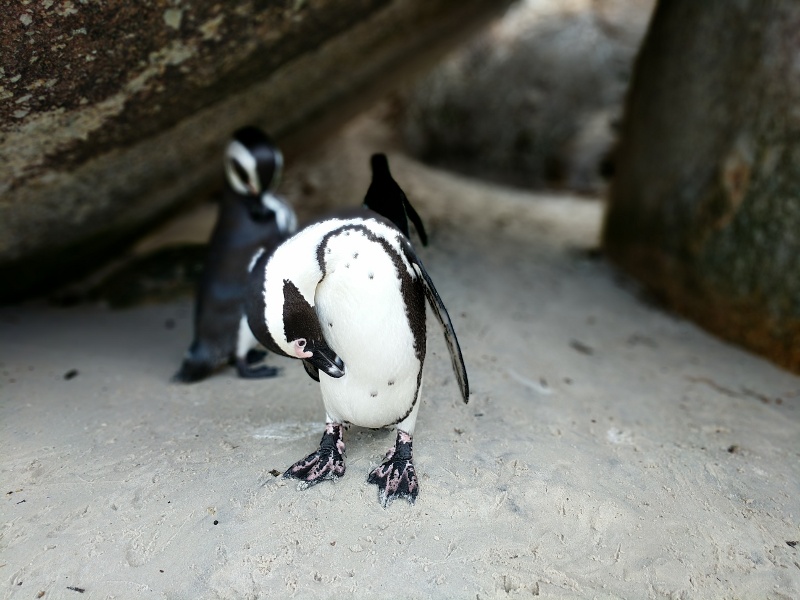 Pro-tip for anyone going to see penguins in Simon’s Town—skip the main sanctuary and head straight to Boulder’s beach. The experience feels much more natural and the encounters are much closer!

Also did an awesome “two oceans circuit” hike on Cape Point, and saw a ton of wildlife including tons of dassies (rock hyrax), elands and baboons.

I never really got the appeal of Cape Point until this visit. So much better than staying in the car! 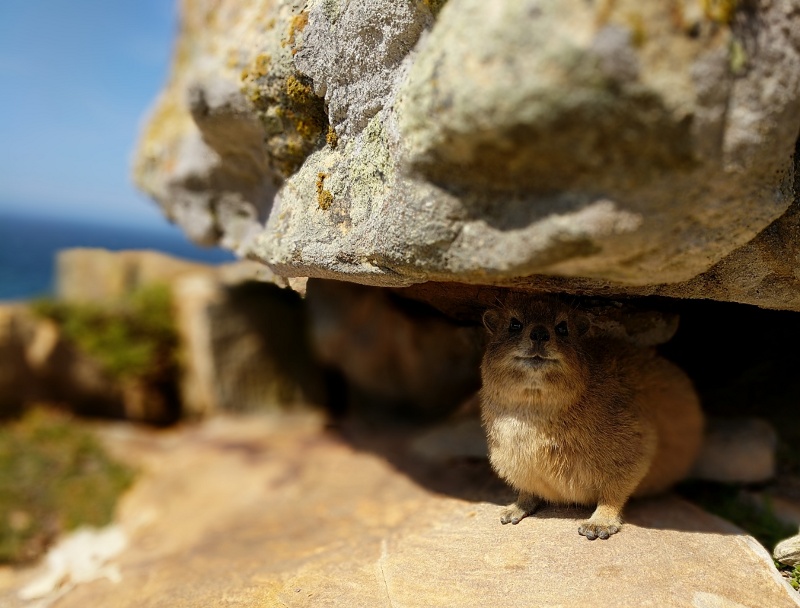 Did you know that the closest living relative to these guys is the elephant?