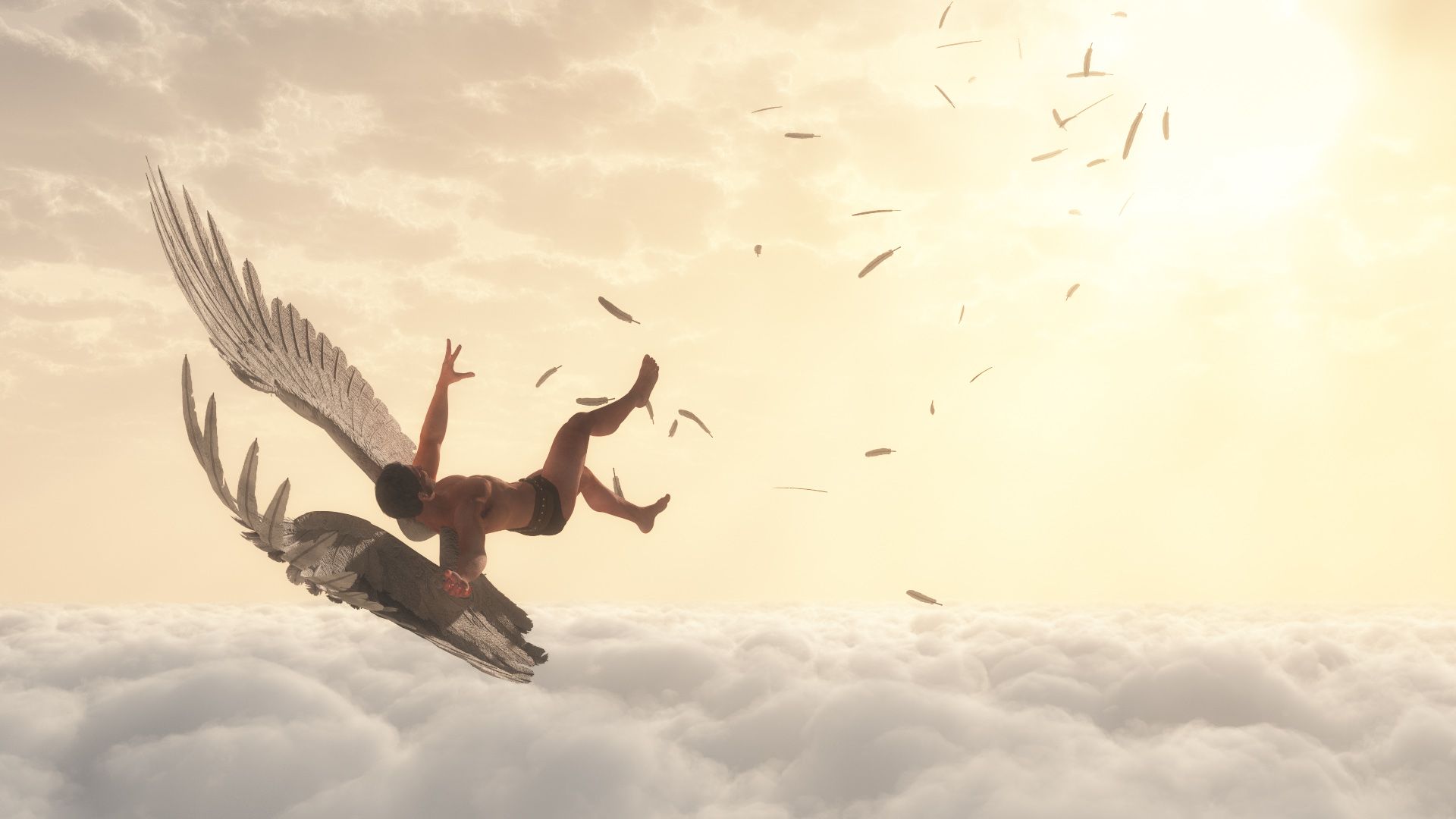 If only Icarus was a horse, the analogy would be perfect.

I was recently reminded by a colleague of the story of Icarus—the boy who flew too close to the sun.

Icarus’s wings were made of wax and when he got too close to the sun—against his father’s guidance—they melted and he fell from the sky to his death.

At the beginning of the month I was soaring.

Coming off a great August, at the turn of the month I was in the process of communicating a price hike for Pegasus. This resulted in a flurry of new sales. Cha-ching!

Then I doubled prices to $195 and made a sale within less than a week. And then another. And another. And another. With four $200 sales, by September 21st my monthly revenue for Pegasus was already over $1000! Milestone, baby! With visions of dollar signs in my head, I started wondering if I’d crack $1500…

Meanwhile, I was barely working on the project. I was fully convinced that I had managed to create a $1000+/month, zero-effort passive income stream. The future looked bright and glorious.

On September 22 I got my first refund request.

The customer said they were expecting “more” to come with the template. There went $195.

Then on September 24 I got another one. In this case, someone had purchased two Pegasus licenses but decided they only needed one. Actually—they weren’t even sure they were going to use the first one, but they were willing to keep it “as appreciation, to learn”.

Ultimately, Pegasus was just too complicated for them to build on.

Meanwhile, sales stopped coming in. As of this writing—at 10 days and counting—it’s the longest sales drought the project has had since the public launch.

So yeah, it turns out I’d been flying a little too close to the sun. And there was nothing like a healthy dose of “your product doesn’t actually solve my problem” to bring me tumbling right back to the ground.

What does this mean for Pegasus and for me?

To me the answer feels clear: the product isn’t good enough.

I want Pegasus to be so obviously valuable that $200 still feels like a steal. And if people are asking for refunds then that’s clearly not the case.

So it’s back to the drawing board.

But overall, I think it’s good for me—and definitely for Pegasus. As I kind of alluded to last month, everything’s been a little bit too easy since the Pegasus launch.

So now I’m back to a bit of hardship and having to earn my money. And I think that’s ultimately a good thing. Keeps me honest and keeps me from getting complacent.

Phew, ok, had to get that off my chest.

We now return to your regularly scheduled retro.

Note: I’ve changed this section from “revenue” to “profit”.

The main difference is that my Stripe fees are now removed from the numbers, as are refunds—which obviously were an important factor this month.

As always, my other costs are virtually zero:

So here’s the profit data for September.

Almost 75% of my time went to sponsored work and I spent a meagre 15 hours (only 3 or 4 hours a week) on Place Card Me and Pegasus combined.

I knew this would be a consulting-heavy month since I took on some extra short-term work, but I didn’t fully anticipate the impact it would have on my ability to make progress on my own projects.

Pretty sure this is the worst report card I’ve ever gotten (self-graded or otherwise).

The dominant factor here is just the lack of time put into these projects last month. I was mostly keeping the lights on and had hardly any proactive time to drive new things forwards.

As to why I spent so little time—I think it’s mostly about energy. I was investing my best energy into my sponsored work and just didn’t have enough left in the tank to do good work on my other projects.

Since the Pegasus launch I’ve been dancing around a central issue: I don’t really know my customers.

While things were on cruise control I had the sense that I should be focusing on growth. Get more traffic and that will lead to more sales and more money. Easy-peasy.

After the recent refunds and general sense that Pegasus isn’t doing for people what I want it to, I’ve decided to focus again on product. That means figuring out what my current customers like and don’t like, what they wish they had, and how best I can surprise and delight them, etc.

Which brings us to…

Then, hopefully talking to customers will inform the direction to take with the product which leads to #2.

Goal #3 is a bonus—mostly because I got about halfway through a blog last month and it’d be nice to ship it.

Just one this week.

See you in November!