I meant to take some time at the midpoint of my six-month sabbatical to pop up and reflect on how things were going and suddenly a month had gone by and I still hadn’t written anything.

I thought it would be good to finally take some time to do that.

Warning: this post is more personal and philosophical than my recent writings. There are emotions ahead. Proceed at your own risk.

At the start of my sabbatical I spent two weeks traveling with my wife for a late honeymoon. It was the longest either of us had gone without our laptops since—well, probably since we’ve owned laptops.

During that time we saw some amazing places and things, ate delicious food, and talked a lot about life and our futures. In the space without work—for the first time that I could remember—I had time and space to think.

In place of a laptop I traveled with a paper notebook (ok, and a smartphone… I’m not a psychopath). In the bits of downtime between meals and activities I spent a lot of time staring at blank pages in that notebook trying to figure out what I was going to do for the subsequent six months and why.

I eventually started with the “what” (sorry Simon Sinek)—specifically what I wanted to do with the time.

I ended up writing down just two overarching things I wanted to do:

Apologies for the illegible handwriting and terrible photo quality.

I knew instinctively that these were the things that were important to me, and once I had them written down it was easy to back out the “why”.

Once again there were two simple, but big and important things: 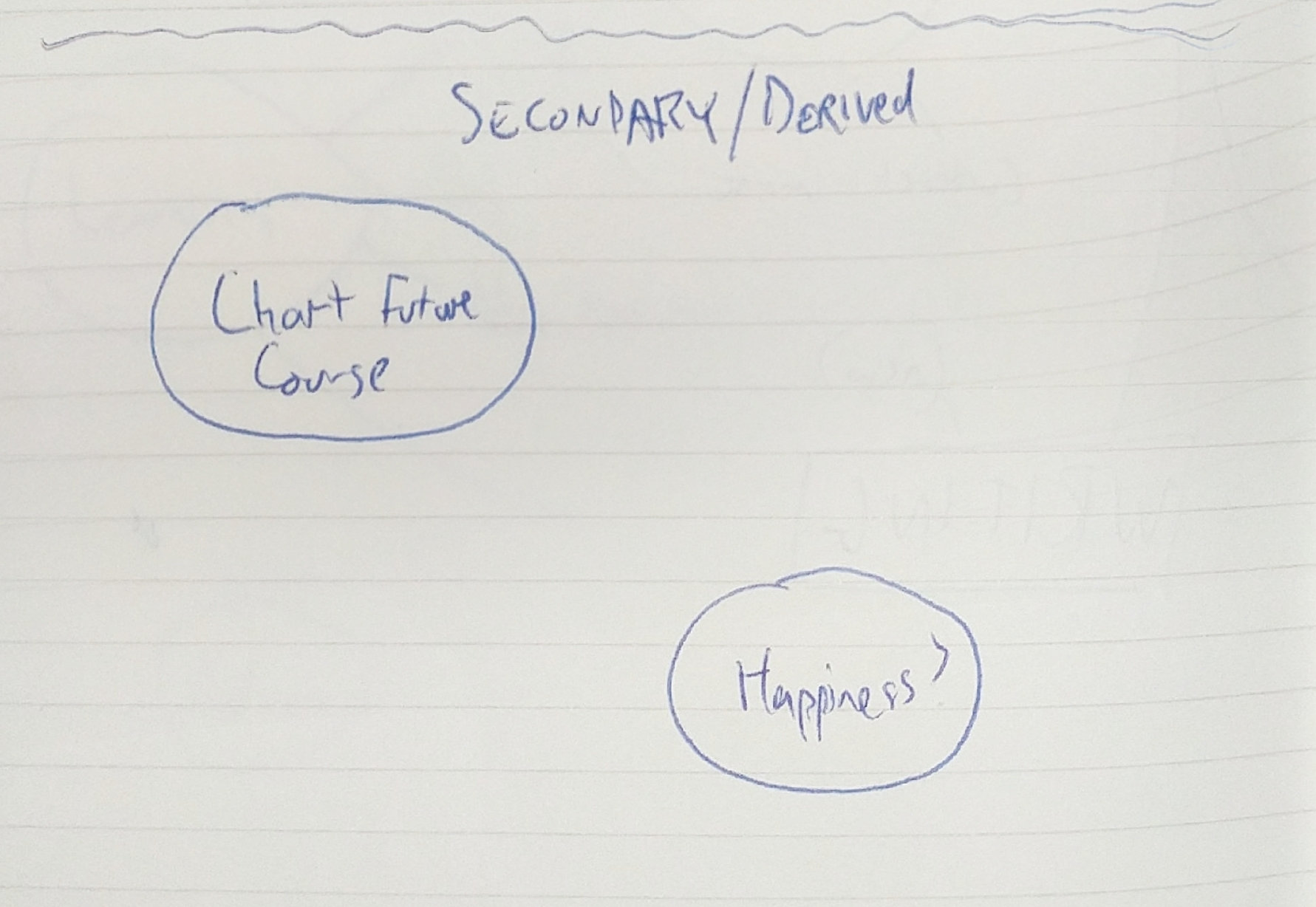 Ever the optimist, I actually wrote “happiness?” with a question mark

Of course, when I got back from the honeymoon and actually started the sabbatical, I promptly forgot about that notebook. Fortunately though, these ideas ended up subconsciously guiding a lot of what I’ve done so far, so I was pleased to find them in there and was happy to see that they still accurately represent my priorities.

So am I achieving these lofty goals?

That’s the subject of the rest of this post.

This one is fun because—as a religious time/activity tracker—I can pretty easily track this goal with actual data.

Here’s my weekly “work” timespend for the first 16 weeks of the sabbatical.

Let’s compare that to my timespend in my last 16 weeks of my CTO job.

Note that the axis goes up to 80 instead of 50 here. That 30-hour week is the week between Christmas and New Year’s.

In the 16 weeks of my sabbatical I have “worked” 239 hours less than the same period of time in my CTO job. That adds up to almost 10 complete days, or 30 8-hour working days—6 work weeks—of time I’ve reclaimed for other aspects of my life.

Where’s that time going? One fun piece of data to look at is opportunities to do other things outside of work. I started logging my runs, hikes and surfs in January, so I have two months of data pre-sabbatical and now 4 months of data from the sabbatical.

Surfing was actually going okay before the sabbatical started, but everything else took a huge jump starting in March (July is an outlier because I screencapped these on the 5th of the month).

This balance has affected other areas of my life as well: time with my wife, friends, hobbies and more.

I’ll have more to say about this later, but for now I think we can wrap this part up.

The Feasibility of Entrepreneurship

The second goal I had was to assess the feasibility of entrepreneurship. I wrote about this in my very first blog post, and even made this little diagram to try and articulate it.

Again, using question marks to convey my lack of confidence

So how is this going?

Here’s a rundown of the things I’ve made so far and how they’ve done:

Do you sense a theme?

So currently I would say I am sitting squarely in that middle box. I’ve made things, I’ve gotten small numbers of people to use them, but I am not getting paid and I’m a very, very, very long way away from making a sustainable living from my products.

On the bright side, I’ve learned a lot and I hopefully won’t repeat the mistakes I’ve made so far. In theory that means that with every day that goes by, I should be making better, smarter decisions about how to make money. In practice, I’ll probably just make a new set of mistakes.

Conclusion: the jury is still out on this one, and it continues to be a high-priority goal.

The larger purpose of my sabbatical was to answer that age-old question: what do I want to do with my life?

Going into the sabbatical I knew I wasn’t happy with my current job, but what I didn’t know was why. Was I just burnt out and over-stressed or did I actually no-longer like the work I was doing? And if the latter, what did I like? 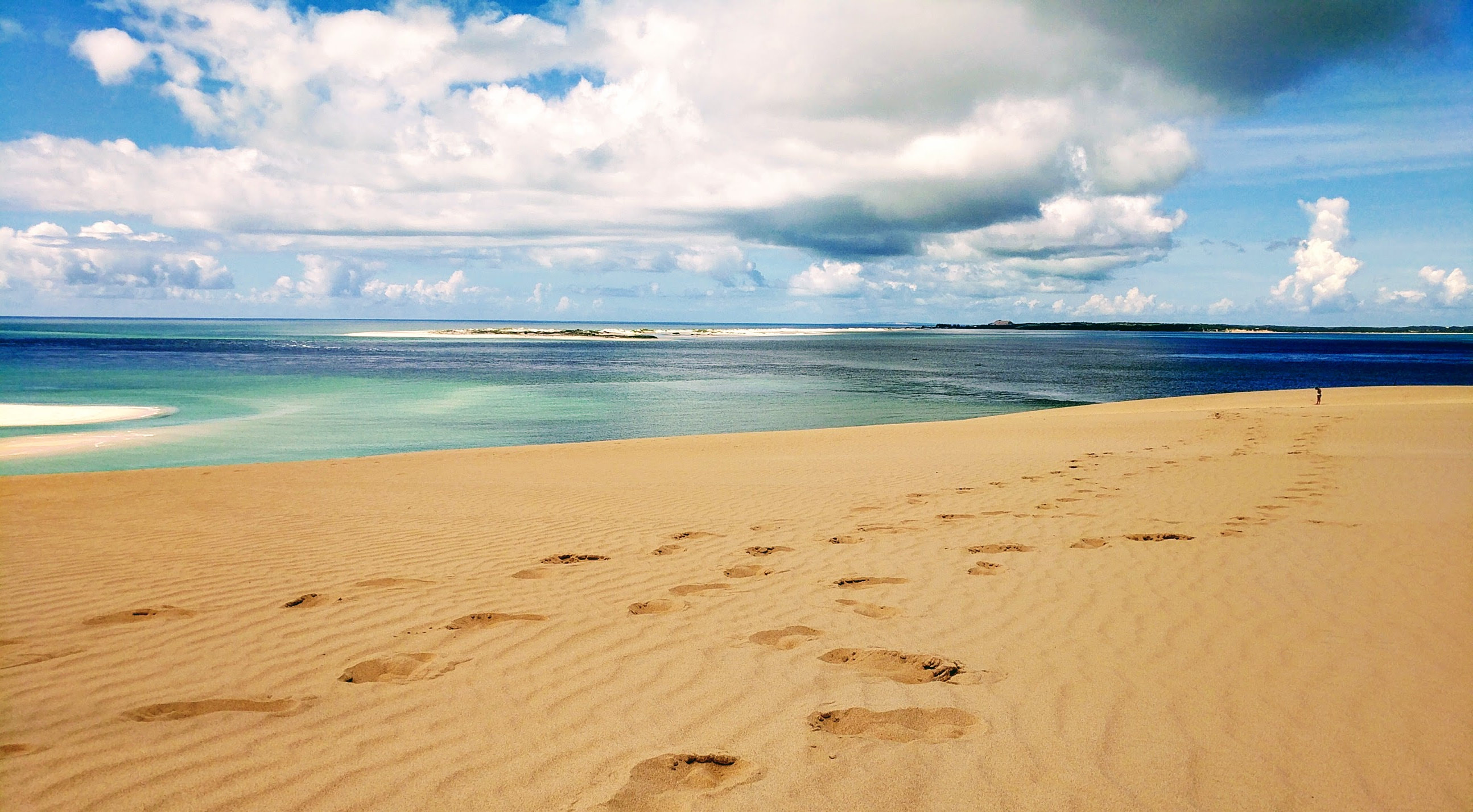 Where was I going? And was it going to be any good?

You can see how the previous two goals build into this one. A more balanced life hopefully eliminates the “stress” variable from the equation and creates a space for me to evaluate my professional objectives without them being clouded by long hours.

Likewise the “feasibility of entrepreneurship” goal explores another variable—namely, what would I be doing if I didn’t work for my old employer, Dimagi. The dream of completely working for myself, starting a successful side-business, and “making money while I sleep” were all enticing, but really I knew nothing about the reality of it—including whether I could succeed at it.

So exploring entrepreneurship was actually meeting two goals: the first one being feasibility, and the second one was a test to see whether I enjoyed it. Both would be required for it to be a viable and attractive future course for myself.

I eventually realized that my goals for my future course are actually quite simple and boil down to two basic things.

That’s it! Seems pretty simple when you reduce it to that, doesn’t it?

So now, all I have to do is find something that brings in enough money for me to live on, and be happy doing it. Once I figured this out I wrote these two things in boxes and started brainstorming what mechanisms existed for income generation and what attributes would satisfy my work enjoyment.

So now, finally armed with this new outlook, all I have to find is something on the left that meets most of the needs on the right.

For that reason I’ve been exploring more things than just entrepreneurship in the last month, including taking on more freelance consulting gigs, trying to make a return-path to my old job more concrete, and exploring the possibility of other products that leverage my strengths and might be easier to generate revenue from than a consumer SaaS.

This new framing also means that entrepreneurship is not a requirement if I can get most of the positive elements of the “enjoy work” section from a salaried position or consulting, which offers a lot more flexibility in terms of finding a happy future.

Conclusion: I still don’t know what I’m going to do next, but I feel like I’m on the right path to getting the data I need to decide.

Finally we come to that elusive and most important goal: happiness!

So where do I find myself here? In a few words—and sorry about the bragging in this section—I would say, mostly kicking ass.

In a way I’m cheating, in that I’ve taken the hardest and most important constraint in life—income generation—and set it aside for six months (thanks wife! ❤ you!). If I wasn’t significantly happier, I would be doing something really wrong.

However, even given that, I’m still overwhelmed by just how much happier I am today than I was four months ago, and not just because I’m not working in the traditional sense. 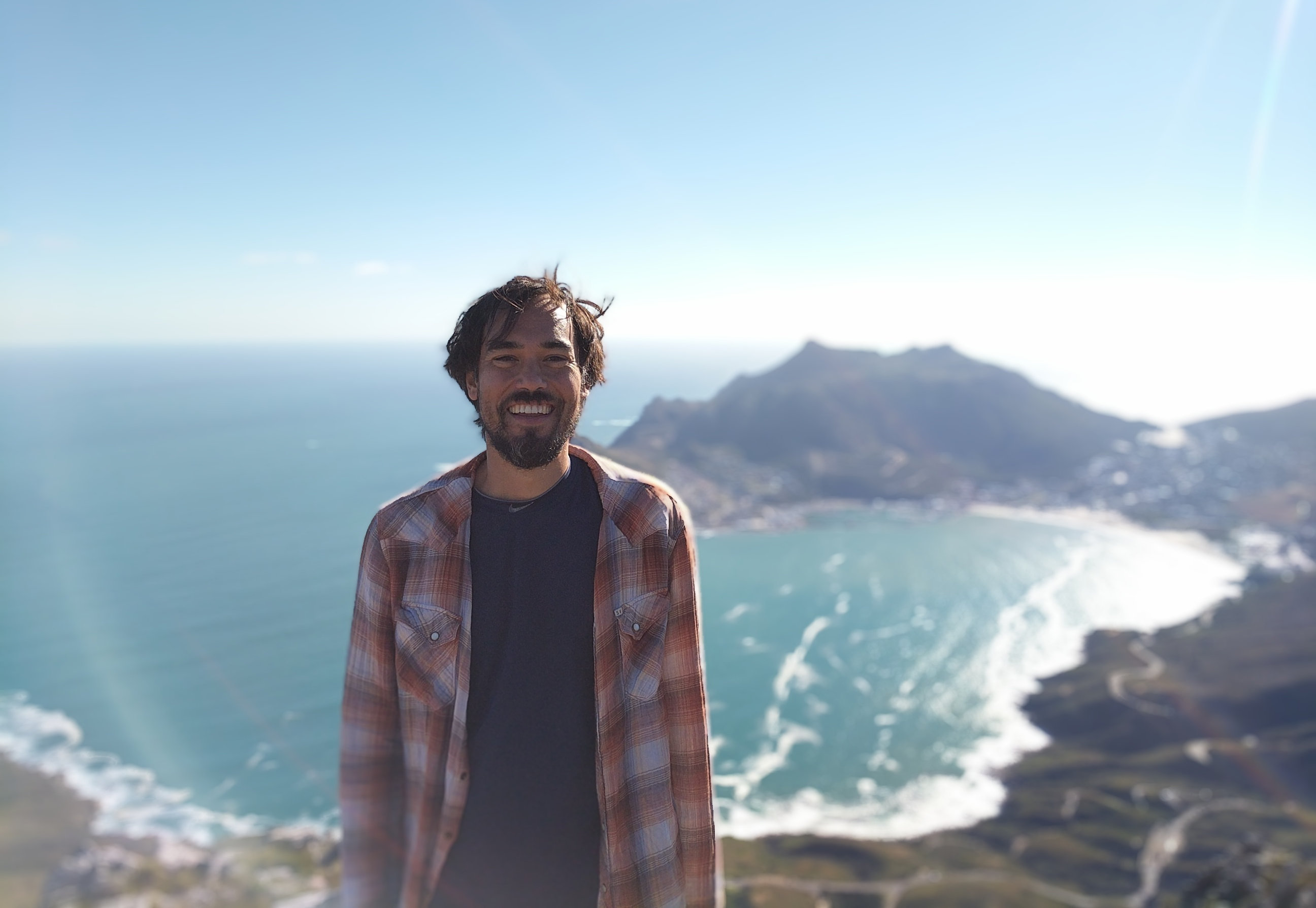 Happiness is a mountain-top with a view

Within my sabbatical work I’m much more engaged. I’m learning new sectors and technologies. I’m meeting lots of different, awesome people in a more diverse set of industries and communities. I’m putting myself “out there” more, taking more risks, and failing much more often than before (in a good way).

Outside of work I’ve managed to do something outdoors and active four or five times each week. I’ve explored trails all up and down the Cape Peninsula, seen more sunrises in 4 months than the previous 4 years, taught myself to surf—albeit poorly—and am probably in the best physical shape of my adult life.

I’m also more engaged and attentive with friends, keep in better touch with family, and have more engaging and thoughtful conversations with my wife.

What’s also striking to me about all of that is that I didn’t have to stop “working” 40 hours a week to make it happen. All I had to do was ask a simple question: how can I be happy?—and proactively take steps to answer it.

From the initial asking of that question, I eventually decided to take a sabbatical and that’s led me to where I am today: facing an uncertain future, controlling my own destiny, and happier than I’ve been in years.

Conclusion: sabbatical life has done wonders for my happiness, and I’m optimistic it will permanently change my life for the better.

I really can’t recommend something like a sabbatical highly enough to anyone seeking happiness, and who also shares the privilege of being able to financially and logistically afford one.

What could a sabbatical do for your life?