Putting out a stripped-down retro this month—saving my higher-level thoughts and plans for an end-of-year roundup.

Place Card Me and Pegasus both had their most profitable months ever, with Place Card Me riding the end-of-year holiday place card bump and Pegasus making 5 sales at that juicy $195 price point.

Things are looking on track for my $3k average profit goal in Q4.

One thing that is weird—but I think good—is that this milestone doesn’t even feel like that big a deal. Like, my attitude is “of course I’m having my most profitable month—it’s holiday season and I have two real products now.”

I’m continuing to put in a higher-than-usual amount (72% this month) of sponsored time due to some upcoming Dimagi deadlines.

One major benefit of personal project work is that there’s rarely any external deadlines to work towards. This gives me the flexibility to pause some of my own work and jump in and help others meet more “important” externally-committed timelines.

The downside is that without discipline it can cause all personal time to get deprioritized—since it will never be truly “urgent”. But that can be overcome with a bit of discipline, which thankfully I seem to have.

One additional factor that helped me “give up” some personal time this month was that I was doing well on my goals. 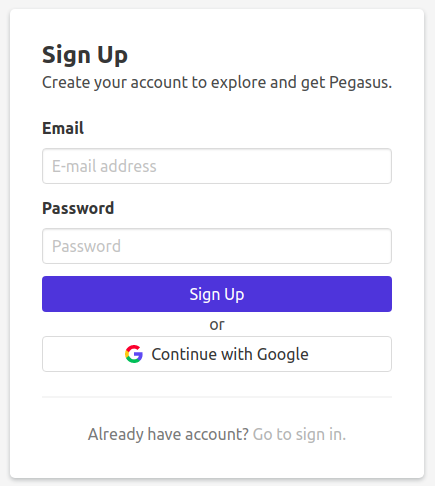 You can now sign up for Pegasus with Google. And add that to your own Pegasus app with no new code!

Last month I outlined my master plan for the next six months of Pegasus. And so far so good! I’m actually ahead of schedule so have adjusted the timeline below.

This is exciting because it means next month I’m going to start working on subscriptions!

And I’ve decided to do it with my least popular product: Chat Stats.

So hopefully this month—but possibly next month, I’ll change Chat Stats from a one-time fee to an annual subscription service. Should be fun!

As a reminder, here are my Q4 OKRs:

The key result for Pegasus is shifting slightly to start bringing in subscription work, but the objective remains the same.

So with that, here are December’s goals:

The first goal is my biggest—and probably hardest—one to hit.

There’s going to be a lot of scaffolding I’ll have to put in place to be ready for subscriptions, including adding the notion of user accounts to Chat Stats. And with continuing extra Dimagi work and holidays coming up it’s unclear I’ll be able to hit it.

That’s it for the retro!

A few things I enjoyed this month: