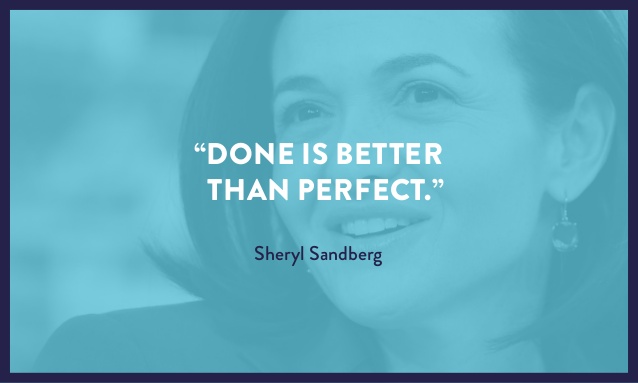 The first time I heard the Sheryl Sandberg quote “done is better than perfect” it immediately resonated with me.

So many times I listened to developers debate architecture and function names, designers haggle over colors and copy, or product managers grapple with feature sets and usability—and sat there thinking to myself—“who cares? Just stop arguing and ship the damn thing already.”

In a world full of purists and perfectionists I self-identified as a doer. The person who—while everyone else was debating the details how something should be done—just quietly did the work.

And I was sure that was the right way to operate.

Why do I bring this up now?

Well, it’s June. 2019 is almost halfway done. And I still haven’t shipped an MVP of SaaS Pegasus—the Django starter kit project I’ve spent most of the year working on.

In thinking through why it’s been so hard to ship I realized that the biggest thing holding me back is imposter syndrome.

Let’s read that definition from Wikipedia:

Impostor syndrome is a psychological pattern in which an individual doubts his or her accomplishments and has a persistent internalized fear of being exposed as a “fraud”. Despite external evidence of their competence, those experiencing this phenomenon remain convinced that they are frauds, and do not deserve all they have achieved.

So why has imposter syndrome become such an issue for me on this project? I’ve launched all sorts of things without running into this issue until now.

The difference between Pegasus and my other projects is that for the very first time I’m launching an application for people like me: developers.

Like—it’s easy to be confident about the value you’re creating when you build a tool for non-technical consumers. They don’t have an alternative! If Place Card Me didn’t exist then people using it would just have to use something worse and that’s all. Plus, if behind the scenes the code’s a mess no one knows that. (It’s not by the way, I swear…)

With Pegasus the people evaluating the product are coders. People who can very easily look at my work and claim they could do much better. And coders love talking about whether something is perfect and getting into the nitty gritty details of why its not—or more commonly, why it totally sucks.

And I’m secretly convinced that’s exactly what’s going to happen as soon as they see it. Which is is a particularly sticky situation when you are trying to sell the code—also a major first for me. I’m just imagining people getting ahold of it and immediately going “I paid for this crap?!?”

If you are not embarrassed by the first version of your product, you’ve launched too late. Reid Hoffman

Sorry, Reid, I think I might be shipping too late….

So—because I’m worried everyone is going to take a big steamy dump on my baby that I’ve worked so hard on—I just sit and twiddle my thumbs trying to make it better while failing to actually get any real feedback on the thing. Ignoring the advice that I know to be true and good that I should just get it out there!

Anyway, the point here is not to sit around and feel sorry for myself. The point is that—by acknowledging the current situation I am better equipped to understand and move past it.

The first step in solving any problem is recognizing there is one. Will Mcavoy (the Newsroom)

You’re by boy, Will!

So with that I am here to proudly announce that—come hell or high water—I am shipping this goddamn thing in June.

Imposter syndrome or not. Perfect or not.

It’s time to get over my fears and make Sheryl proud!

Ok, on to the May retro.

Overall I’m happy with my time in May turned out.

Time breakdown for May 2019

I logged 141 working hours over 23 working days which works out to about 30-hour weeks.

This is a dip from my recent rhythm, in large part because I had to do a bit more child care than usual this month. But—it’s still a nice “relaxed but still fulfilling” schedule that still allows me to prioritize family time and personal care.

I’m hoping to get this back up closer to 35 in June.

May turned out to be a great revenue month!

I’m not sure how much of this is the natural seasonal variance of Place Card Me, versus something actually changing.

As often happens during these retros, I’m struck by the fact that I should probably be focusing more on Place Card Me than I currently am—since it remains the overwhelming majority of my revenue and thus is the biggest lever I can move.

But that’s next month’s problem. This month is for shipping. 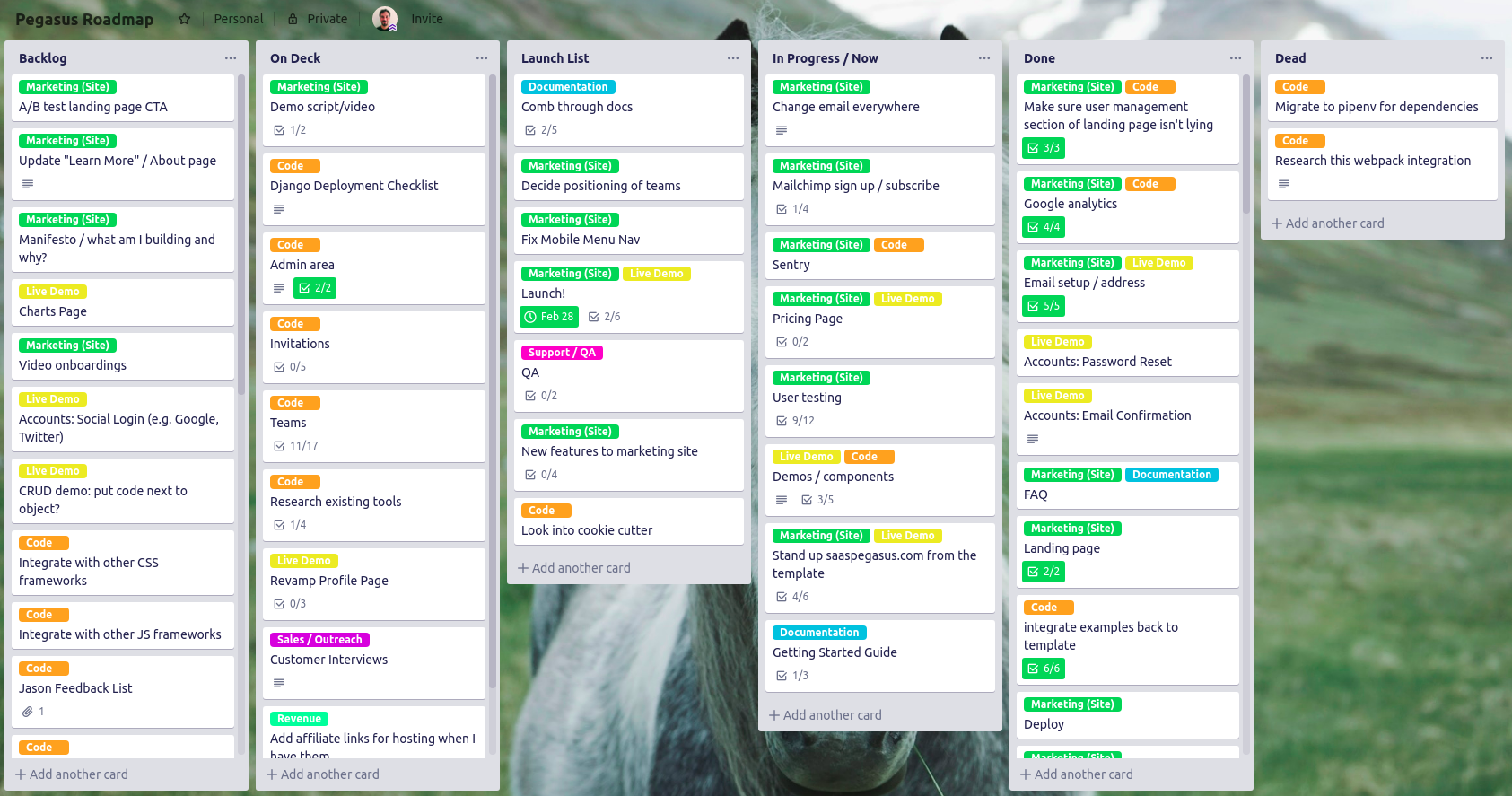 The ever-expanding Pegasus Roadmap. At least the launch list + in progress work fits on one screen.

What’s going on with Pegasus?

I really do think Pegasus is getting good, and I think it’s getting close.

For all of May I worked towards a singular goal of getting to something I wouldn’t be ashamed to launch publicly. And by now I think I have a pretty clear picture of what the rest of that work looks like.