After a down June, I’m back to feeling good about the future!

The big ticket item for the month was finally getting Modern JavaScript for Django Developers out into the world.

The monkey is off my back!

I decided to break it up and release it in parts, which I think was a good call, else I’d still be working on it. I owe thanks to Mike Lynch and others for the push on this.

Reception has been a little mixed.

I released parts 1 and 2 first and posted on the /r/django Reddit—where my content usually does well. However, this one kind of fizzled out quickly which was a bummer. I think maybe I posted at a bad time of day, but who knows.

Anyway, when I released and posted part 3 later in the month, it did a lot better. And then after releasing part 3, the earlier parts started getting picked up in other places and generating traffic and email sign ups.

Pegasus traffic in July. You can see the two initial Reddit spikes, but the most satisfying part is the long tail of sustained increase after the second one.

In the last 3 weeks I’ve gotten about 4x my normal email subscribers (~40/week vs 10/week), as well as a fair number of personalized “thank you”s so the content is definitely resonating with people which is a relief after all that work.

Another interesting suggestion I’ve gotten is to turn this content into a book / course / educational project. So far I’ve resisted going into the educational space with my content, but the experience has me wondering whether it’s “too valuable” to be only used as lead generation for Pegasus—which very few readers actually seem interested in buying.

Anyway, the most important part is that the monkey is off my back! Hooray.

Breaking ground on a new product

I have a new product! The tagline is “analytics for pull requests and code review”. Here’s a little teaser of the very early draft: 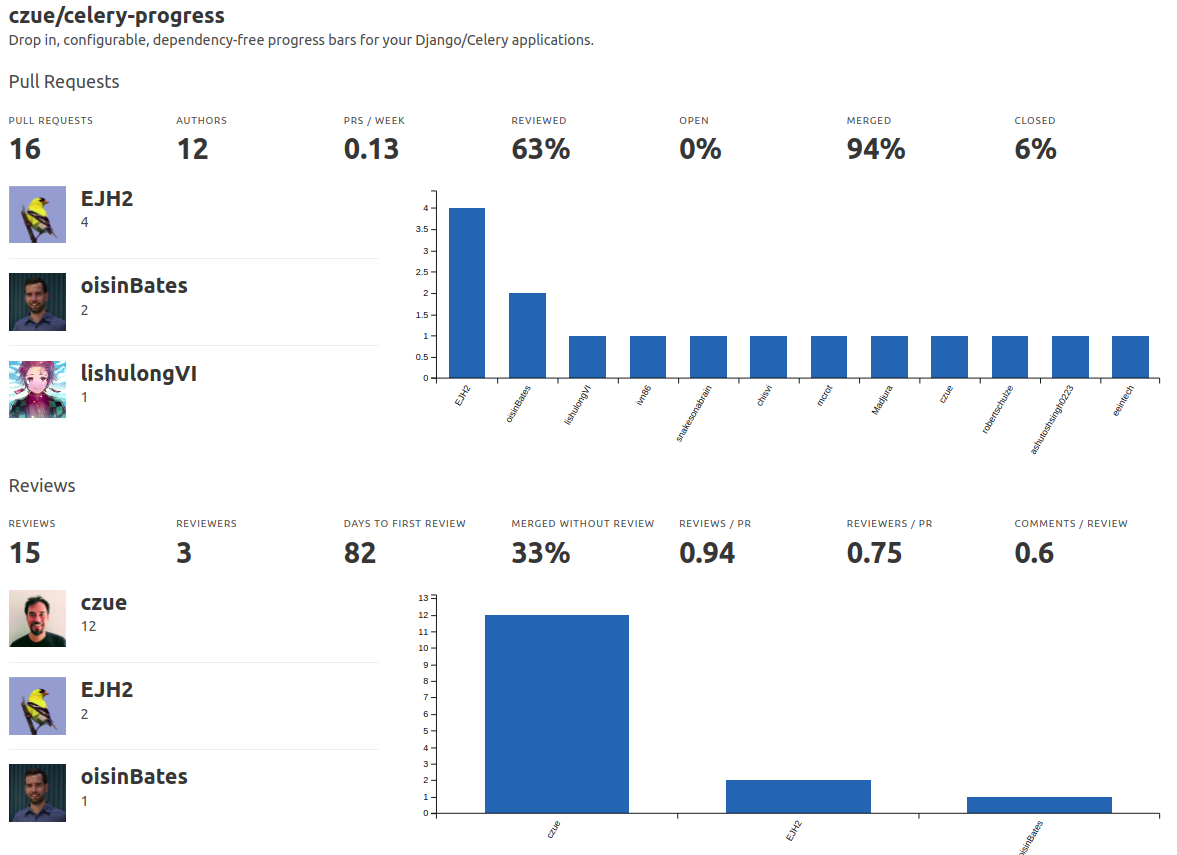 If this sounds interesting to you and you’d like to see the demo and provide early feedback, hit me up! It’s live on the internet and I’d love to hear from a few more people before shipping the MVP.

The product arose out of something that my wife and I called a compass week—taking a week off from normal work to reorient and find a new direction. I’m planning to write more about the week in a proper non-retro blog, so will say more then!

Place Card Me continues to climb out of its Covid hole, and Pegasus had another solid month of gains.

I’m off track for my $4k/month target for this quarter, but there’s still two months to go…

This was a fun month with lots of time for Pegasus and “exploration”—a.k.a. starting a new product.

Quick check in on my quarterly OKRs. Finances are behind, but the new product is on track!

This month I’m going all in on the new product! Aiming to get it out in the world as well as do a bit of writing about the process.

Like many people, the polarization of the discourse in politics—particularly in the US—has been a major source of frustration lately.

A few pieces that helped me better comprehend what’s going on: