July did not go as planned.

Not in a bad way, persay, just—the work and output from the month ended up very differently from what I expected.

There are a number of reasons for that—a lost week to vacation, some last-minute travel, etc.—but probably the biggest reason was my participation in the Indie Hackers 30-days-of-growth challenge—the main topic of this retro.

What was the “30 days of growth” challenge?

Basically, to do at least one thing every day to try and grow your business. And report on the results as you go.

Since I had just launched Pegasus—my Django Starter Kit—it seemed like the perfect opportunity to focus on getting it out into the world.

I tracked my progress every day on this site and also on Twitter.

Indie Hackers generously circulated a lot of my daily Twitter updates from this thread.

In a word? Mixed.

There was definitely some serious upside. Most notably, accountability.

Every day during the month I started the morning staring at my todo list thinking “shit, I have to actually be able to talk about accomplishing something today.”

Most days I was able to do at least one tangible thing, and at the end of the month I had amassed a pretty substantial laundry list of wins including:

It’s hard to say what the net impact of this work was, but for the most part it entailed creating permanent assets that should continue to help over time. So I’m quite happy about that. 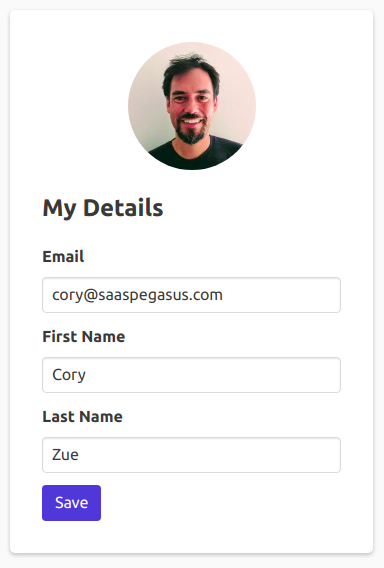 The other upside of participating was a lot of indirect promotion to the Indie Hackers community. I got some good input and feedback from other Indie Hackers, and also gained a whole bunch of Twitter followers (yay?).

The first problem was that the challenge was pretty distracting, and ended up being a source of anxiety on busy days.

I normally try to spend about half my time on side-projects and half my time on Dimagi and consulting work i.e. my day job. But on any given day that ratio can skew very differently depending on what’s going on. Some days I work mostly on side projects and some days I do mostly other stuff. And as long as it balances out at the end of the week it’s no big deal.

But with the challenge I suddenly felt a lot of pressure to get something done every day. So even if I was busy on other things I would have to to carve out time just to check that box. Overall I felt in less control of my time than usual. And when things got busy at my day job it got even harder.

Time worked on Pegasus by day in July. In addition to my vacation in the second week you can see several days where I barely snuck in some time—especially as I got busy towards the end of the month.

The other downside was that the need for daily progress meant it was harder to work on bigger things. I wanted to be able to show progress each day, so I would set small, achievable targets instead of taking my time with larger tasks. This also resulted in less high-level strategic planning—something I usually try to do a lot of.

So, yeah, I guess to summarize: I made a lot of good progress but it was mostly on small things, and I was a little more stressed than usual.

So, I’m glad I did it. And I’m glad it’s over. You can find a complete log of my output here.

Next month I’m going to slow the hell down and it’s going to be great.

The big reveal—Pegasus continues to fly! a bit…

Yep in July I made 3 times as many sales as June! If that trend continues I’ll be into four digit income soon! 🙃

Sadly, it wasn’t quite enough to offset continued drops across the board in my other products. But I’m still optimistic about the future.

It was a contracting-heavy month with less than 30% of my available time devoted to personal projects. Will hopefully get back to 50/50 in August!

An odd mix of extremes in July’s report card.

As already discussed, the 30-days-of-growth challenge resulted in me blowing this goal out of the water. The actual number was more than double the planned 12 hours.

This is a strange one. I’ve done almost everything in my power to try and support my early customers. Everyone gets a thoughtful, hand-crafted note offering help and emphasizing my availability for live chat, calls, new features—whatever they need.

But, I just haven’t gotten a whole lot of feedback.

I try to walk the line between “supportive” and “annoying” and so if I don’t get responses I just let it be. And for the most part that’s what happened.

So, sadly, I really don’t know what’s going on with my early customers. Either Pegasus is perfect (unlikely), they don’t want to talk to me (plausible), or it takes a long time to ramp up to the point where you have questions (maybe best guess?).

3. Reorient on big picture and second-half of the year focus

Totally failed at this. I blame the challenge. Will carry this goal forwards.

Just going to carry forward two of my three goals from last month. Have dropped Pegasus marketing as a priority since I need a break from that.

A new section! A few miscellaneous recommendations for the month:

That’s it! If you have any feedback on the retro, hit me up on Twitter or email.

Thanks for reading and see you next month!