Floppy whale, aka me, courtesy of Joshua Sukoff.

February was an interesting month for me and my businesses:

Below are some high-level micro-thoughts on it. Almost each of these could be a standalone post, but since this is a retro I’ll try to quickly distill the key points.

Progress is not linear

After 3 straight months earning more than $5k, Pegasus had a huge drop in sales, coming in with the lowest profits since last October.

Ironically, last month, I wrote: “by and large the sales numbers this month reflect what might be a sustainable pace of passive sales.”

Anyway, with a one-time-sale business like Pegasus, I’m reminded again that it’s always a few steps forwards followed by a few steps back.

I am not my revenue

I’ve been kind of down this past month.

Most mornings I’d wake up, check my phone for Stripe notifications, and inevitably find nothing. Then I’d sigh and think about what a useless sack of shit I am and how I’m always going to be a failure in life and in business.

Ok, that’s a bit of an exaggeration. But it is true that my overall sense of optimism is highly correlated with the amount of profit my projects are earning at any given time.

What I know to be true is that these things go up and down. And that looking at any individual time period can be harmful to your psyche.

I know that there will be good months and bad months, and if at the end of 2021 the numbers are where I want them to be then it will have been yet another good year. I know this, and yet I still struggle with it.

I don’t think there’s a takeaway other than to always try harder to take a big-picture perspective on these things.

On February 8th I finally shipped the feature I’d been working on for almost 3 months: adding support for a new CSS framework (Bootstrap) to Pegasus.

To me this was a huge deal. The completion of something that had been on the roadmap since basically day 0. The culmination of weeks of development, multiple rewrites, etc. I was pumped.

The world? Not so much. The world shrugged and moved on. I didn’t make a single Pegasus sale for a week after the launch.

Exhibit B: Pegasus daily profit/sales before and after the big Bootstrap release.

Still, I’m proud of the work. And I believe Pegasus is a better product than it’s ever been. Hopefully this is the type of investment that plays out in the form of happy customers, testimonials, etc. for the months and years to come.

I just need to be patient.

After the big Bootstrap release I wasn’t sure what to work on. I’d been so singularly focused on it that I didn’t have a clear vision of what to do next.

So, rather than pluck the next thing off the roadmap, I ended up trying something I’ll call exploration-driven development1. Basically: building stuff with Pegasus and seeing what happened.

Work is an infinite cycle between exploration and focus.

Explore too much and you’ll never achieve anything.

Focus too much and you’ll never know what you’re missing.

Hopefully I’m right about the exploration part, and not just using this as an excuse to start shiny new things.

I ended up taking on two new projects.

One is a new personal project—basically, an improved version of Twitter Analytics. There’s at least one other indie project in the space, but I hope to release something with my own spin. It’s currently an amalgamation of the analytics work I’ve done for my code review analytics tool, my GroupMe Analytics tool, and some machine learning I played around with at the end of 2020. I’m restricting myself to working on it for a few hours a week as part of something I’ve dubbed “frivolous Fridays”, so it’s slow going, but will hopefully come together soon-ish.

The second is a rare Pegasus accelerator package I’ve chosen to take on. I’m quite choosy about contract work these days, but this one had a number of attributes that made it particularly appealing: an impressive founder, a fun and interesting product, and lots of tech that I hope will be useful to bring back into Pegasus itself afterwards. Of all the Pegasus projects I’ve seen, I’d say this one is in the top 5% in terms of likelihood of success, which makes it a unique opportunity to be a part of. Also something I hope to share more about soon.

This whole explore/focus cycle shares a lot with “diverge, converge, repeat”—a design thinking framework I learned of after posting the above Tweet. 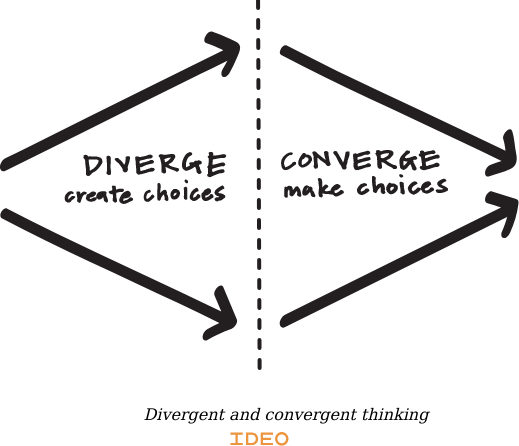 I’ve been having strange feelings about building in public recently. It’s due in part to the step back this month, but also due to the attraction of copy-cats to my businesses, and the general sense that I’m getting less out of this retrospective process than I used to.2

Either way, I don’t have any concrete takeaways on this, but it’s something I’ve been thinking about with the retros—and to a lesser degree my relationship with Twitter.

The Bootstrap release is out there—and the goal was more about finishing and releasing it than it was about a launch, so I’m giving myself an A despite the total marketing fail.

Choosing the Next Big Thing

The “exploration-driven development” approach doesn’t lend itself well to figuring out exactly what to do quickly, so this is a little hard to grade. I’ve gotten a lot of ideas and made some small improvements, but am still finding my way in terms of a larger project.

Not much has changed here. Still about 50/50 between day-job work and Pegasus and other personal projects.

One small change is that I’ve started trying to surf at least once a week, which means my total time logged might drop a bit.

Since I’ve taken on some more short-term commitments, I’m keeping the goals small:

This month I thought I’d shout out some other solo-builders who do similar retro processes. If you made it this far you’ll probably like their stuff too!

Special thanks to Monica for the idea to list these good folks here.