Given that I recently published my larger year-in-review and I’m coming off a two-week-long vacation, I’m going to keep the monthly retro super short.

At least one substantial Pegasus release: B+

I had four releases in December, though the big thing I was working on—overhauling Pegasus to be able to support multiple CSS frameworks and adding Tailwind CSS support—still isn’t done, and—probably not surprisingly—has been more complicated than I expected.

Publish my “Black Friday” writeup: A+

The Black Friday writeup did well on Hacker News and was my most popular piece of writing to date. Woop!

Talk to 3 people in the effective altruism community: B+

I talked to two people directly involved in effective altruism, and also had some “how to have a meaningful life” style chats with a few others. Still not making much concrete progress towards changing anything in my life, but the idea is staying on my radar and I’m not stressing about it.

My second most profitable month to date!

A good month with the overwhelming majority of my time split between Pegasus and “personal projects”—mostly writing.

For the first time all year, I surpassed my quarterly financial target. As I mentioned in my 2020 review, the surge at the end of the year actually caused me to exceed my $42k profit goal set in January.

I’m a bit disoriented at the moment for a few reasons:

So I’d like to get reoriented, establish a new rhythm for 2021, and start figuring out what’s in store for me and Pegasus this year.

My primary goal for the month is to make some high-level plans around what’s next for Pegasus. And then start executing against them.

We went to Cape Agulhas—the southernmost point in Africa and place where the Indian and Atlantic oceans “meet”. 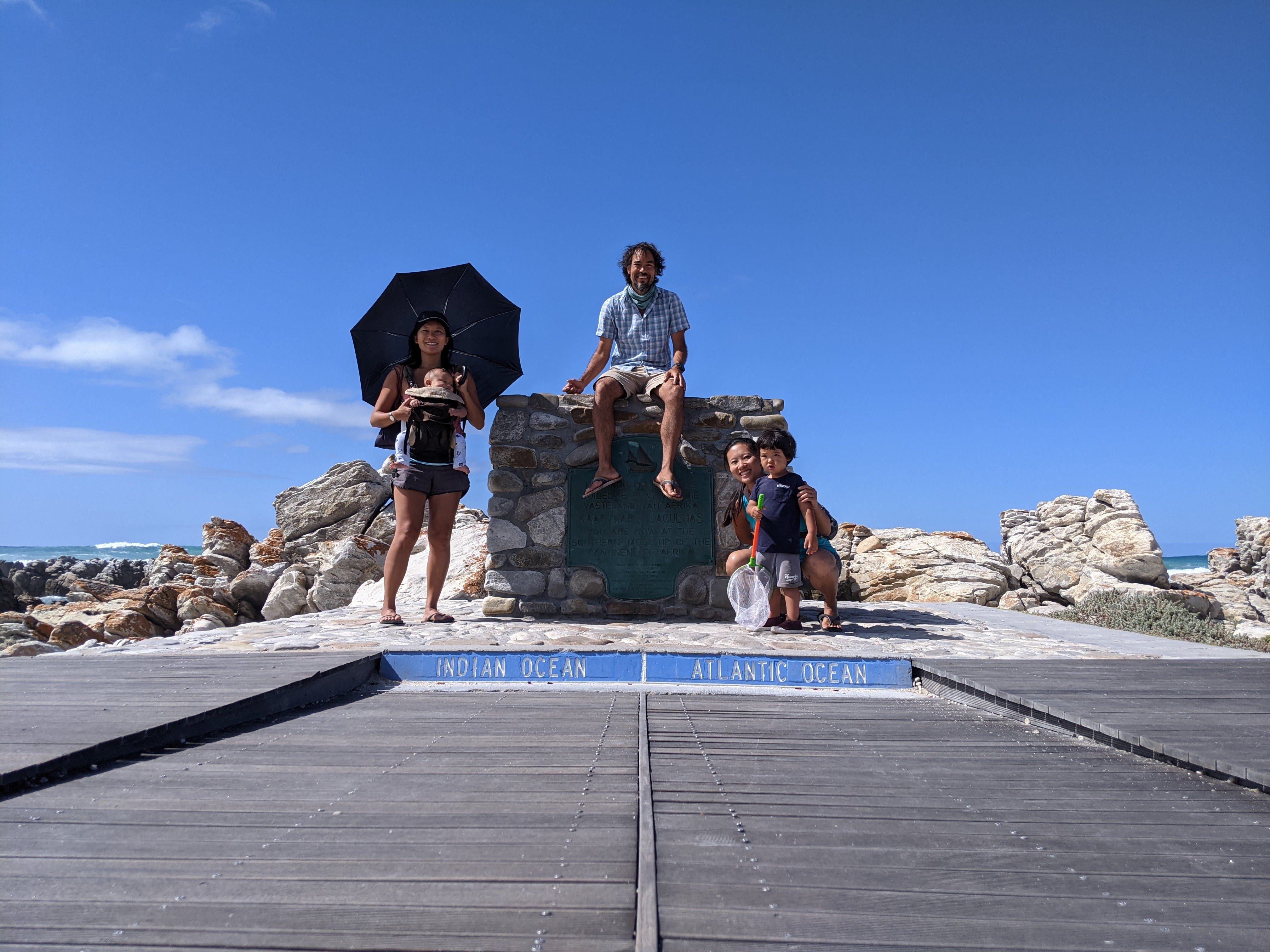 Family photo at the southern tip of Africa

Traveling with two kids wasn’t as difficult as expected (having an extra pair of hands with Ro’s sister joining helped a lot).

Alright, that’s it! Back to the grind…